Facing Trials And Tribulations With Grace

What are we as Christians supposed to do when faced with disappointment, disasters, and all the other things that come up in life? If you look at Romans 8:28 it tells us that, “all things work together for good to them that love God, to them who are the called according to his purpose.” Yet when we encounter difficult situations in our lives, we often wonder, Why?

Searching for answers and learning to view “bad things” as “good things in disguise” is a discipline that God wants us to develop.

Look at 2 Corinthians 9:8, “And God is able to make all grace abound toward you; that ye, always having all sufficiency in all things, may abound to every good work:” and 2 Corinthians 12:10 “And he said unto me, My grace is sufficient for thee: for my strength is made perfect in weakness. Most gladly therefore will I rather glory in my infirmities, that the power of Christ may rest upon me.”

We may experience that God’s grace is sufficient for our every need, not only to enable us to get through our trials and tribulations but to do so triumphantly!

(a) The Nature of it. It was real, and not imaginary.  It was not a recurring carnal desire, otherwise Paul would not have gloried in it (verse 9); nor does it seem likely that it was some fellow-believer or an unbeliever who was ‘a thorn’ in his side; nor was it remorse over his pre-conversion persecution of the saints.  It was an infirmity, a weakness, a handicap.  It is helpful to us that we do not know what that ‘thorn’ was, other than that it was physical and painful.

(b) The Purpose of it. When unpleasant things happen to us we naturally ask   ‘Why has God permitted this?’  In Paul’s case the purpose was revealed to him (verse 7), And lest I should be exalted above measure through the abundance of the revelations, there was given to me a thorn in the flesh, the messenger of Satan to buffet me, lest I should be exalted above measure.”.

One of the things we know about Paul is that he was particularly susceptible to the temptation of pride and conceit because of his very great gifts, and because of his amazing experience at Lystra fourteen years previously – read 2 Corinthians 12:2-6. “I knew a man in Christ above fourteen years ago, (whether in the body, I cannot tell; or whether out of the body, I cannot tell: God knoweth;) such an one caught up to the third heaven. 3 And I knew such a man, (whether in the body, or out of the body, I cannot tell: God knoweth;) 4 How that he was caught up into paradise, and heard unspeakable words, which it is not lawful for a man to utter. 5 Of such an one will I glory: yet of myself I will not glory, but in mine infirmities. 6 For though I would desire to glory, I shall not be a fool; for I will say the truth: but now I forbear, lest any man should think of me above that which he seeth me to be, or that he heareth of me.”

I believe that God gave Paul a ‘thorn’ to keep him humble.  It was purposeful, as are all our trials and tribulations.  Look up John 13:7, and take courage – for the Lord is working out His purpose in our lives. “Jesus answered and said unto him, What I do thou knowest not now; but thou shalt know hereafter.”

In other words you may not understand it now but He has something great and mighty coming your way.

(c) The Result of it. What effect did Paul’s ‘thorn’ have upon him?  It drove him to prayer.

In verse 8 we are told that Paul prayed about his infirmity. “For this thing I besought the Lord thrice, that it might depart from me”.

Look up James 5:13-15, and notice:- 13 Is any among you afflicted? let him pray. Is any merry? let him sing psalms. 14 Is any sick among you? let him call for the elders of the church; and let them pray over him, anointing him with oil in the name of the Lord: 15 And the prayer of faith shall save the sick, and the Lord shall raise him up; and if he have committed sins, they shall be forgiven him. 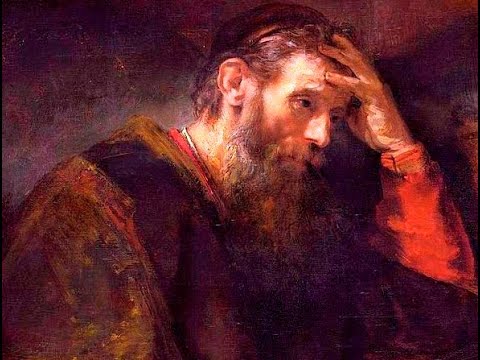 Paul’s prayer was answered in the greatest possible way – by a revelation of the Lord Himself!  The greatest answer to prayer is not the thing we pray for – but HIM!  Study verse 9 carefully, and notice that with the revelation of Himself the Lord gave the promise of His sufficiency. “9 And he said unto me, My grace is sufficient for thee: for my strength is made perfect in weakness. Most gladly therefore will I rather glory in my infirmities, that the power of Christ may rest upon me.”

So if we call upon the Lord through our trials and tribulations He will give us grace to face them head on and great things will happen when we get to the other side of them.

So let’s be ready, pray and seek Him through all our trials and tribulations and know that His grace is sufficient for all of us. Satan may send battles our way but Jesus has already won the war.